In this episode, we talk with Rob Peglar (@PeglarR), Senior VP and CTO of Symbolic IO, a computationally defined storage vendor. Rob has been around almost as long as the GreyBeards (~40 years) and most recently was with Micron and prior to that, EMC Isilon. Rob is also on the board of SNIA.

Symbolic IO has emerged out of stealth earlier this year and intends to be shipping products by late this year/early next.  Rob joined Symbolic IO in July of 2016.

It’s all about symbolic representation of bits. Symbolic IO has  come up with a way to encode bit streams into unique symbols that offer significant savings in memory space, beyond standard data compression techniques.

All that would be just fine if it was at the end of a storage interface and we would probably just call it a new form of data reduction. But Symbolic IO also incorporates persistent memory (NV-DIMMs, in the future 3D XPoint, RERam, others) and provides this symbolic data inside a server, directly through its processor data cache, in (decoded) raw data form.

Rob says that the mathematics are there to show that Symbolic IO’s data reduction is significant and that the decode/encode functionality can be done in a matter of a few clock cycles per cache (line) access on modern (Intel) processors.

The system continually monitors the data it sees to determine what the optimum encoding should be and can change its symbolic table to provide more memory savings for new data written to persistent memory.

All this reminds the GreyBeards of Huffman encoding algorithms for data compression (which one of us helped deploy on a previous [unnamed] storage product). Huffman encoding transformed ASCII (8-bit) characters into variable length bit streams.

For more information on Symbolic IO’s three products, so we would encourage you to read their website (linked above).

The podcast runs long, over 47 minutes, and was wide ranging, discussing some of the history of processor/memory/information technologies. It was very easy to talk with Rob and both Howard and I have known Rob for years, across multiple vendors & organizations.  Listen to the podcast to learn more. 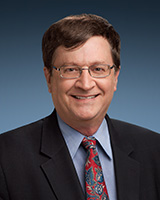 Rob Peglar is the Senior Vice President and Chief Technology Officer of Symbolic IO. Rob is a seasoned technology executive with 39 years of data storage, network and compute-related experience, is a published author and is active on many industry boards, providing insight and guidance. He brings a vast knowledge of strategy and industry trends to Symbolic IO. Rob is also on the Board of Directors for the Storage Networking Industry Association (SNIA) and an advisor for the Flash Memory Summit. His role at Symbolic IO will include working with the management team to help drive the future product portfolio, executive-level forecasting and customer/partner interaction from early-stage negotiations through implementation and deployment.

Prior to joining Symbolic IO, Rob was the Vice President, Advanced Storage at Micron Technology, where he led next-generation technology and architecture enablement efforts of Micron’s Storage Business Unit, driving storage solution development with strategic customers and partners. Previously he was the CTO, Americas for EMC where he led the entire CTO functions for the Americas. He has also held senior level positions at Xiotech Corporation, StorageTek and ETA Systems.

Rob’s extensive experience in data management, analytics, high-performance computing, non-volatile memory, distributed cluster architectures, filesystems, I/O performance optimization, cloud storage and replication and archiving, networking, virtualization makes him a sought after industry expert and board member. He was named an EMC Elect in 2014, 2015 and 2016. He was one of 25 senior executives worldwide selected for the CRN ‘Storage Superstars’ Award in 2010.