In this, our yearend industry wrap up episode, we discuss trends and technology impacting the IT industry in 2018 and what we can see ahead for 2019 and first up is NVMeoF

Dell EMC, IBM and NetApp were not far behind this curve and no doubt see it as an easy way to reduce response time without having to rip and replace enterprise fabric infrastructure.

In addition, NVMeoFstandards have finally started to stabilize. With the gang of startups, standards weren’t as much of an issue as they were more than willing to lead, ahead of standards. But major storage vendors prefer to follow behind standards committees.

As another example, VMware showed off an NVMeoF JBOF for vSAN. A JBoF like this improves vSAN storage efficiency for small clusters. Howard described how this works but with vSAN having direct access to shared storage, it can reduce data and server protection requirements for storage. Especially, when dealing with small clusters of servers becoming more popular these days to host application clusters.

The other thing about NVMeoF storage is that NVMe SSDs have also become very popular. We are seeing them come out in everyone’s servers and storage systems. Servers (and storage systems) hosting 24 NVMe SSDs is just not that unusual anymore. For the price of a PCIe switch, one can have blazingly fast, direct access to a TBs of NVMe SSD storage.

HCI has also moved out of the shadows. We recently heard news thet HCI is outselling CI. Howard and I attribute this to the advances made in VMware’s vSAN 6.2 and the appliance-ification of HCI. That and we suppose NVMe SSDs (see above).

HCI makes an awful lot of sense for application clusters that VMware is touting these days. CI was easy but an HCI appliance cluster is much, simpler to deploy and manage

For VMware HCI, vSAN Ready Nodes are available from just about any server vendor in existence. With ready nodes, VARs and distributors can offer an HCI appliance in the channel, just like the majors. Yes, it’s not the same as a vendor supplied appliance, doesn’t have the same level of software or service integration, but it’s enough.

[If you want to learn more, Howard’s is doing a series of deep dive webinars/classes on HCI as part of his friend’s Ivan’s ipSpace.net. The 1st 2hr session was recorded 11 December, part 2 goes live 22 January, and the final installment on 5 February. The 1st session is available on demand to subscribers. Sign up here]

Because it’s running in the SSD, it has (even faster than NVMe) lightening fast access to all the data on the SSD. Indeed, And the with 10s to 1000s of computational storage SSDs in a rack, each with multiple ARM cores, means you can have many 1000s of cores available to perform your data intensive processing. Almost like GPUs only for IO access to storage (SPUs?).

We tried this at one vendor in the 90s, executing some database and backup services outboard but it never took off. Then in the last couple of years (Dell) EMC had some VM services that you could run on their midrange systems. But that didn’t seem to take off either.

The computational storage we’ve seen all run Linux. And with todays data intensive applications coming from everywhere these days, and all the spare processing power in SSDs, it might finally make sense.

Finally, we turned to what we see coming in 2019. Howard was at an Intel Analyst event where they discussed Optane DIMMs. Our last podcast of 2018 was with Brian Bulkowski of Aerospike who discussed what Optane DIMMs will mean for high performance database systems and just about any memory intensive server application. For example, affordable, 6TB memory servers will be coming out shortly. What you can do with 6TB of memory is another question….

Howard Marks is the Founder and Chief Scientist of DeepStorage, a prominent blogger at Deep Storage Blog and can be found on twitter @DeepStorageNet.

Ray Lucchesi is the President and Founder of Silverton Consulting, a prominent blogger at RayOnStorage.com, and can be found on twitter @RayLucchesi. Signup for SCI’s free, monthly e-newsletter here. 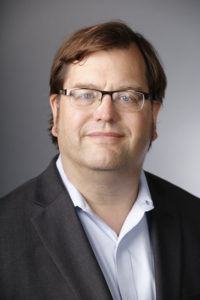