In our 26th episode we talk with Brian Carmody (@initzero), CTO of Infinidat.  Howard and I also talked with Inifinidat at Storage Field Day 8 (SFD8), a couple of weeks ago which recorded their session(s). For more information about Infinidat, we would highly suggest you watch the videos available here .

As they say, Brian is wise beyond his (35) years and was highly conversant about the history of storage,  IT in general and current industry trends –  must have had good mentor(s). He made mention that many of today’s Billion dollar IT businesses were first dreamt up at EMC but failed to make a significant impact there.

The podcast starts out talking about the changes impacting the storage industry today and the rise of the startups, all due to the great enabler – flash. Infinidat has a hybrid storage solution that uses controller based SSDs as a read cache for data that resides on 7200 RPM disks and uses sophisticated DRAM caching for read and write back cache.

Infinidat has targeted the enterprise market with a high touch model. The historic problem with this model is its high cost. To counter this trend, Infinidat has focused on reducing support costs by having 100PB or more of Infinidat storage in their labs either burning in for future customer shipments or being used in test, validation and customer performance modeling. The significant burn-in shrinks early life hardware failures (at customer data centers) and as a result, reduces field support activity.  Also having all that equipment sitting in their labs makes testing, validation and performance modeling much quicker and theoretically more comprehensive – much cheaper and easier to find & fix bugs in the lab than in the field.

Brian discussed how Infinidat started. He said Moshe gave them $80M and told them assume you have all the money you need, hire the best people you can, start with a clean slate storage design and take as much time as you need.

The result is the Infinidat Infinibox storage system, a 7-9’s available, triply redundant storage system that supports unified SAN-NAS storage. Moreover, their development team seems to have 3 generations of engineers with battle hardened engineers from the original development of EMC Symmetrix to developers straight out of Google today.

A couple of times Brian came out of left field with ideas that blew Howard and I away. As we were talking Brian mentioned that “PB are the new TB” in the enterprise today.  And later in the session he said something to the effect that todays plethora of mobile devices act as a caching layer for data in the cloud. Brian’s pretty impressive and should go far in this industry.

This months edition runs just over 42 minutes and didn’t expend as much time on technical details as about industry trends and what Inifinidat was doing to differentiate themselves from the pack. Howard and I came away impressed both with the information presented at SFD8 as well as the conversation we had with Brian. Listen to the podcast to learn more. 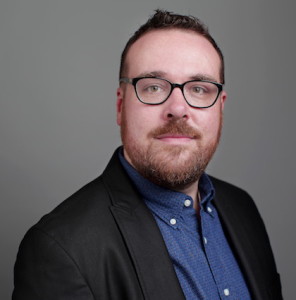 Carmody is a 15-year technology veteran and serial entrepreneur, starting with medical diagnostics company, Jurupari Systems, which he co-founded in 1999. He was an early employee of storage consultancy NovusCG, starting as a hardware engineer and ultimately building and leading their storage management technology practice.