Over the last decade or so the disk industry has been investing in HAMR or heat assisted magnetic recording as the next recording innovation. So, MAMR is a significant departure but appears well worth it.

WDC is arguably the leading supplier of HDD and one of the leading SSD suppliers to the industry today. Any departure from industry technology roadmaps for WDC is big news.

WDC is banking on MAMR technology to continue to offer capacity disk (for big data) at prices that are 10X below the price of flash storage for the foreseeable future. If they and the rest of the disk industry can deliver on that promise then there should be a substantial market for capacity disk for the next decade or so.

HAMR uses lasers to heat up a media spot being recorded. This boost in energy helps reduce the magnetic threshold of the grains inside the media and allowed them to be written or change state. Once that energy was removed, the data state on media would persist and could be read multiple times without error.

HAMR heated the media spot from 400C to 700C, which was potentially reduces disk reliability. MAMR, because it doesn’t heat the disk anymore than normal operations, should not impact disk reliability.

Also MAMR can use pretty much the same disk substrate used in enterprise disks today and be fabricated using much the same manufacturing lines used for PMR (perpendicular magnetic recording) heads, today.

MAMR should allow the industry to get to ~4.5Tb/sqin. Current PMR technology will probably max out at 1.0 to 1.3Tb/sqin.  PMR density growth has flatlined (6-7% per year) recently, but MAMR should put the disk industry back on a 15% density growth/year. The new MAMR disks will be sampling for enterprise customer in 2018 and in production by 2019.

As for how far MAMR will take disk, WDC said we can expect a 40TB disk device (using multiple platters) by 2025 and Lenny said perhaps double that eventually.

We ended our discussion with Lenny on WDC and other disk vendor moves outside of the device level. Over time, IT use of disks have changed and the disk vendor’s seem to believe the best way to address this transition is to look beyond disk/SSD devices and towards manufacturing storage shelves and potentially even systems!? We’ll need to wait and see the dust settle on these moves.

The podcast runs ~45 minutes. Lenny was very knowledgeable about current and future disk technology and seems to have been around the disk industry forever.  He’s got an insider’s view of disk technology, IT’s use of disk and storage market dynamics. Both  Howard and I enjoyed our time with him.   Listen to the podcast to learn more. 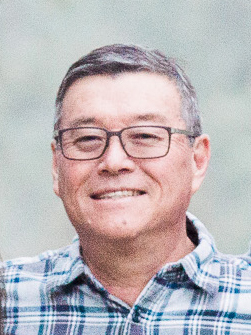 Lenny Sharp serves as Western Digital’s Sr. Director of Enterprise HDD product line management and planning. He has over 30 years of experience in high technology and storage. Sharp joined HGST in 2009, iniIally responsible for enterprise SSD.
He has also managed client HDD and spent four years in Japan, working closely with the development team and APAC customers.
Previously, he was responsible for managing systems, software, storage and semiconductors for companies including Dell, Philips, Western Digital and Maxtor (since acquired by Seagate).