In this episode, we talk with another next gen, Tier 0 storage provider. This time our guests are Yaniv Romem CTO/Founder  & Josh Goldenhar (@eeschwa) VP Products from Excelero, another new storage startup out of Israel.  Both Howard and I talked with Excelero at SFD12 (videos here) earlier last month in San Jose. I was very impressed with their raw performance and wrote a popular RayOnStorage blog post on their system (see my 4M IO/sec@227µsec 4KB Read… post) from our discussions during SFD12.

In our last podcast (with E8 Storage) they sold a hardware Tier 0 appliance. As a different alternative, Excelero is a software defined, Tier 0 solution intended to be used on any commodity or off the shelf server hardware with high end networking and (low to high end) NVMe SSDs.

Indeed, what impressed me most with their 4M IO/sec, was that target storage system had almost 0 CPU utilization. (Read the post to learn how they did this). Excelero mentioned that they were able to generate high (11M random 4KB) IO/sec on  Intel Core 7, desktop-class CPU. Their one need in a storage server is plenty of PCIe lanes. They don’t even need to have dual socket storage servers, single socket CPU’s work just fine as long as the PCIe lanes are there.

Their intent is to bring Tier 0 capabilities out to all big storage environments. By providing a software only solution it could be easily OEMed by cluster file system vendors or HPC system vendors and generate amazing IO performance needed by their clients.

That’s also one of the reasons that they went with high end Ethernet networking rather than just Infiniband, which would have limited their market to mostly HPC environments. Excelero’s client software uses RoCE/RDMA hardware to perform IO operations with the storage server.

The other thing having little to no target storage server CPU utilization per IO operation gives them is the ability to scale up to 1000 of hosts or storage servers without reaching any storage system bottlenecks.  Another concern eliminated by minimal target server CPU utilization is that you can’t have a noisy neighbor problem, because there’s no target CPU processing to be shared.  Yet another advantage with Excelero is that bandwidth is only  limited by storage server PCIe lanes and networking.  A final advantage of their approach is that they can support any of the current and upcoming storage class memory devices supporting NVMe (e.g., Intel Optane SSDs).

On Excelero’s roadmap is thin provisioning, snapshots, compression and deduplication. However, they did mention that adding advanced storage functionality like this will impede performance. Currently, their distributed volume locking and configuration metadata is not normally accessed during an IO but when you add thin provisioning, snapshots and data reduction, this metadata needs to become more sophisticated and will necessitate some amount of access during and after an IO operation.

Excelero’s client software runs in Linux kernel mode client and they don’t currently support VMware or Hyper-V. But they do support KVM as a hypervisor and would be willing to support the others, if APIs were published or made available.

They also have an internal OpenStack Cinder driver but it’s not part of their OpenStack’s release yet. They’re waiting for snapshot to be available before they push this into the main code base. Ditto for Docker Engine but this is more of a beta capability today.

One customer (NASA Ames/Moffat Field) deployed a single 2TB NVMe SSD across 128 hosts and had a single 256TB logical volume shared and accessed by all 128 hosts.

Another customer configured Excelero behind a clustered file system and was able to generate 30M randomized IO/sec at 200µsec latencies but more important, 140GB/sec of bandwidth. It turns out high bandwidth is important to many big data applications that have to roll lots of data into their analytics clusters, processing it and output results, and then do it all over again. Bandwidth limitations can impact the success of these types of applications.

By being software only they can be used in a standalone storage server or as a hyper-converged solution where applications and storage can be co-resident on the same server. As noted above, they currently support Linux O/Ss for their storage and client software and support any X86 Intel processor, any RDMA capable NIC, and any NVMe SSD.

Excelero is focused on the top 200 customers, which includes the hyper-scale providers like FaceBook, Google, Microsoft and others. But hyper-scale customers have huge software teams and really a single or few, very large/complex applications which they can create/optimize a Tier 0 storage for themselves.

It’s really the customers just below the hyper-scalar class, that have similar needs for high low latency IO/sec or high IO bandwidth (or both) but have 100s to 1000s of applications and they can’t afford to optimize them all for Tier 0 flash. If they solve sharing Tier 0 flash storage in a more general way, say as a block storage device. They can solve it for any application. And if the customer insists, they could put a clustered file system or even an object storage (who would want this) on top of this shared Tier 0 flash storage system.

These customers may currently be using NVMe SSDs within their servers as a DAS device. But with Excelero these resources can be shared across the data center. They think of themselves as a top of rack NVMe storage system.

On their website they have listed a few of their current customers and their pretty large and impressive.

Aside from E8 Storage, there are few other competitors in Tier 0 storage. One recently announced a move to an NVMe flash storage solution and another killed their shipping solution. We talked about what all this means to them and their market at the end of the podcast. Suffice it to say, they’re not worried.

The podcast runs ~50 minutes. Josh and Yaniv were very knowledgeable about Tier 0, storage market dynamics and were a delight to talk with.   Listen to the podcast to learn more. 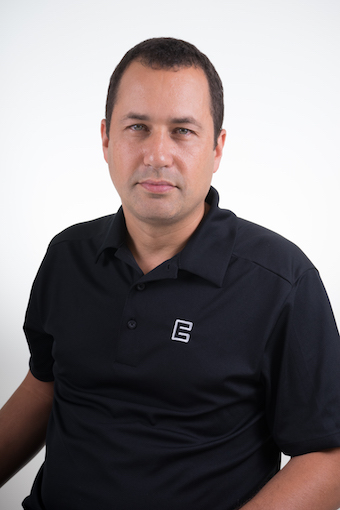 Yaniv Romem has been a technology evangelist at disruptive startups for the better part of 20 years. His passions are in the domains of high performance distributed computing, storage, databases and networking.
Yaniv has been a founder at several startups such as Excelero, Xeround and Picatel in these domains. He has served in CTO and VP Engineering roles for the most part. 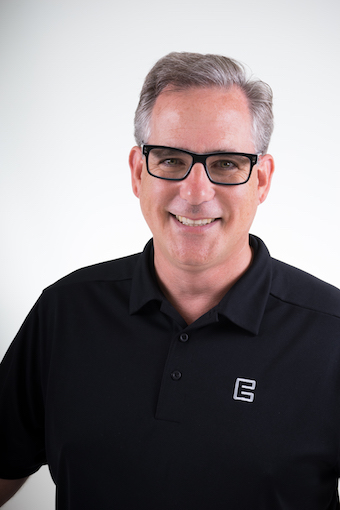 Josh has been responsible for product strategy and vision at leading storage companies for over two decades. His experience puts him in a unique position to understand the needs of our customers.
Prior to joining Excelero, Josh was responsible for product strategy and management at EMC (XtremIO) and DataDirect Networks. Previous to that, his experience and passion was in large scale, systems architecture and administration with companies such as Cisco Systems. He’s been a technology leader in Linux, Unix and other OS’s for over 20 years. Josh holds a Bachelor’s degree in Psychology/Cognitive Science from the University of California, San Diego.