In this episode, we talk with Eiki Hraffnsson (@Eirikurh), Technical Director, NetApp Cloud Data Services.  Eiki gave a great talk at Cloud Field Day 3 (CFD3), although neither Howard nor I were in attendance. I just met Eiki at a NetApp Spring Analyst event earlier this month and after that Howard and I had a chance to talk with him about what’s new in NetApp Cloud Data Services

Eiki came from a company NetApp acquired last year called GreenQloud whose product was QStack. Since then, QStack has become an integral part of their Cloud Data Services.

NetApp has a number of solutions under their Cloud Data Services umbrella and his area of specialty is NetApp Cloud Data Volumes, soon to be available in the MarketPlace on AWS, already in public preview an Microsoft Azure Enterprise NFS and as of 7 May 2018, in private preview as NetApp Cloud Volumes for Google Cloud Platform.

NetApp’s Cloud Data Volume is a public cloud based, storage-as-a-service that supplies enterprise class NFS and SMB (CIFS) storage on a pay as you go model for major public cloud providers. That way your compute instances can have access to predictable performance, highly available file storage in the  cloud.

Cloud Data Volume customers also get access to NetApp Snapshot services which can create, space efficient, quick read-only copies of their cloud file storage. Cloud Data Volume storage can be purchased on a $/GB/month basis. Other  purchase options are also available for customers who prefer a pre billed amount rather than a consumptive model.

Behind the scenes, Cloud Data Volumes is actually NetApp ONTAP storage. They won’t say what kind or how much, but they do say that NetApp storage is located in public cloud data centers and is fully managed by NetApp.

Customers can use the public cloud native services portal to purchase Cloud Data Volume storage (for Microsoft Azure and GCP) or the NetApp Cloud web portal (for AWS). Once purchased, customers can use an extensive set of native cloud APIs to provision, access and tear-down Cloud Volume storage.

Eiki mentioned that Cloud Data Volumes is just one of many offerings from NetApp’s Cloud Data Services business unit, including:

Probably a few others I am missing here and my bet is more offerings are on the way.

Another item Eiki mentioned with the open source,  NetApp Trident Plugin (GitHub repo). Containers are starting to need persistent state information and this means they need access to storage.

The podcast runs ~25 minutes. Eiki was very knowledgeable and was easy to talk with especially on cloud technologies and how NetApp fits in.  Listen to the podcast to learn more. 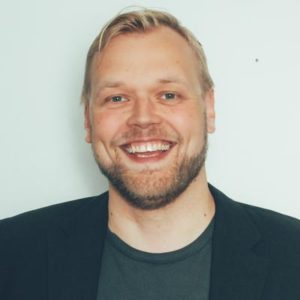 In this episode we talk with Lee Caswell (@LeeCaswell), Vice President of Product, Storage and Availability Business Unit, VMware.  This is the second time Lee’s been on our show, the previous one back in April of last year when he was with his prior employer. Lee’s been at VMware for a little over a year now and has helped lead some significant changes in their HCI offering, vSAN.

Many customers struggle to modernize their data centers with funding being the primary issue. This is very similar to what happened in the early 2000s as customers started virtualizing servers and consolidating storage. But today, there’s a new option, server based/software defined storage like VMware’s vSAN, which can be deployed for little expense and grown incrementally as needed. VMware’s vSAN customer base is currently growing by 150% CAGR, and VMware is adding over 100 new vSAN customers a week.

The software business model means that VMware can partner easily with a wide variety of server OEM partners to supply vSAN ReadyNodes that are pre-certified and jointly supported in the field. There are currently 14 server partners for vSAN ReadyNodes. In addition, VMware has co-designed the VxRail HCI Appliance with Dell EMC, which adds integrated life-cycle management as well as Dell EMC data protection software licenses.

As a result, customers can adopt vSAN as a build or a buy option for on-prem use and can also leverage vSAN in the cloud from a variety of cloud providers, including AWS very soon. It’s the software-only business model that sets the stage for this common data management across the hybrid cloud.

The advent of Intel Xeon processors and plentiful, relatively cheap SSD storage has made vSAN an easy storage solution for most virtualized data centers today. SSDs removed any performance concerns that customers had with hybrid HCI configurations. And with Intel’s latest Xeon Scalable processors, there’s more than enough power to handle both application compute and storage compute workloads.

From Lee’s perspective, there’s still a place for traditional SAN storage, but he sees it more for cold storage that is scaled independently from servers or for bare metal/non-virtualized storage environments. But for everyone else using virtualized data centers, they really need to give vSAN a look.

It used to be that major storage vendor sales teams would lead with hardware appliance storage solutions and then move to HCI when pushed. The problem was that a typical SAN storage sale takes 9 months to complete and then 3 years of limited additional sales.

To address this, some vendors have taken the approach where they lead with HCI and only move to legacy storage when it’s a better fit. With VMware vSAN, it’s a quicker sales cycle than legacy storage because HCI costs less up front and there’s no need to buy the final storage configuration with the first purchase. VMware vSAN HCI can grow as the customer applications needs dictate, generating additional incremental sales over time.

Recently, VMware has announced VMware Cloud in AWS.What this means is that you can have vSAN storage operating in an AWS cloud just like you would on-prem. In this case, workloads could migrate from cloud to on-prem and back again with almost no changes. How the data gets from on-prem to cloud is another question.

VMware vs. Microsoft on cloud

It’s really two different philosophies in action. We now see VMware doing more for the development community with vSphere Integrated Containers (VIC), Docker Containers, Kubernetes, and Pivotal Cloud foundry. Meanwhile Microsoft is looking to implement the Azure stack for on-prem environments, and they are focusing more on infrastructure. In the end, enterprises will have terrific choices as the software defined data center frees up customers dollars and management time.

The podcast runs ~25 minutes. Lee is a very knowledgeable individual and although he doesn’t qualify as a Greybeard (just yet), he has been in and around the data center and flash storage environments throughout most of his career. From his diverse history, Lee has developed a very business like perspective on data center and storage technologies and it’s always a pleasure talking with him.  Listen to the podcast to learn more. 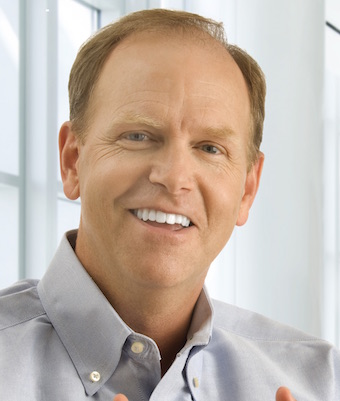 Prior to VMware, Lee was vice president of Marketing at NetApp and vice president of Solution Marketing at Fusion-IO (now SanDisk). Lee was a founding member of Pivot3, a company widely considered to be the founder of hyper-converged systems, where he served as the CEO and CMO. Earlier in his career, Lee held marketing leadership positions at Adaptec, and SEEQ Technology, a pioneer in non-volatile memory. He started his career at General Electric in Corporate Consulting.