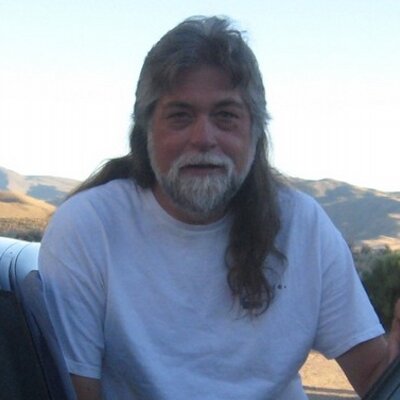 In this episode, we talk with Andy Banta (@andybanta), Storage Janitor (Principal Virt. Architect), Netapp SolidFire. Andy’s been involved in Virtual Volumes (VVOLs) and other VMware API implementations at SolidFire and worked at VMware and other storage/system vendor companies before that.

Howard and I were at VMworld2016 late last month and we thought Andy would be a good person to discuss what went there this year.

No VVOLs & VSAN news at the show

Although, we all thought there’d be another release of VVOLs and VSAN announced at the show, VMware announced Cloud Foundation and Cross-Cloud Services. If anything the show was a bit mum about VMware Virtual Volumes (VVOLs) and Virtual SAN™ (VSAN) this year as compared to last.

On the other hand, Andy’s and other VVOL technical sessions were busy at the conference. And one of them ended up having standing room only and was repeated at the show, due to the demand. Customer interest in VVOLs seems to be peaking.

Our discussion begins with why VVOLs was sidelined this year. One reason was that there was a  focus from VMware and their ecosystem on Hyper Converged Infrastructure (HCI) and HCI doesn’t use storage arrays or VVOL.

Howard and I suspected with VMware’s ecosystem growing ever larger, validation and regression testing is starting to consume more resources. But Andy, suggested that’s not the issue, as VMware uses self-certification, where vendors run tests that VMware supplies to show they meet API requirements. VMware does bring in a handful of vendor solutions (5 for VVOLs) for reference architectures and to insure the APIs meet (major) vendor requirements but after that, it’s all self certification.

Another possibility was  that the DELL-EMC acquisition (closed 9/6) could be  a distraction. But Andy said VMware’s been and will continue on as an independent company and the fact that EMC owned ~84% of the stock never impacted VMware’s development before. So DELL’s acquisition shouldn’t either.

Finally we suggested that executive churn at VMware could be the problem. But Andy debunked that and said the amount of executive transitions hasn’t really accelerated over the years.

After all that, we concluded that just maybe the schedule had slipped and perhaps we will see something new in Barcelona for VVOLs and VMware APIs for Storage Awareness (VASA), at VMworld2016 Europe.

What VMware did announce was VMware Cloud Foundation and Cross-Cloud Services. This seems to signal a shift in philosophy to be more accommodating to the public cloud rather than just competing with them.

VMware Cloud Foundation is a repackaging of  VMware Software Defined Data Center (SDDC), NSX®,  VSAN and vSphere® into a single bundle that customers can use to spin up a private cloud with ease.

VMware Cross-Cloud Services is a set of targeted software for public cloud deployment to ease management and migration of services . They showed how NSX could be deployed over your cloud instances to control IP addresses and provide micro-segmentation services and how other software allows data to be easily migrated between the public cloud and VMware private cloud implementations. Cross Cloud Services was tech previewed at the show and Ray wrote a  post describing them in more detail (please see VMworld2016 Day 1 Cloud Foundation & Cross-Cloud Services post).

Howard talked about how difficult it can be to move workloads to the cloud and back again. Most enterprise application data is just too large to transfer quickly and to complex to be a simple file transfer.  And then there’s legal matters for data governance, compliance and regulatory regimens that have to be adhered to which make it almost impossible to use public cloud services.

On the other hand, Andy talked about work they had done at SolidFire to use cloud in development. They moved some testing to the cloud to spin up 1000s of (SolidFire simulations) instances to try to catch an infrequent bug (occurring once every 10K runs).  They just couldn’t do this in their lab. In the end they were able to catch and debug the problem much more effectively using public cloud services.

Howard mentioned that they were also using AWS as an IO trace repository for benchmark development work he is doing. AWS S3 as a data repository has been a great solution for his team, as anyone can upload their data that way. By the way, he is looking for a data scientist to help analyze, this data if anyone’s interested.

In general, workloads are becoming more transient these days. Public cloud services are encouraging this movement but Docker and micro services are also having an impact.

One can even see this sort of trend in VMware VVOLs, which can be  another way to enable more transient workloads. VVOLs can be created and destroyed a lot quicker than Vdisks in the pasts. In fact, some storage vendors are starting to look at VVOLs as transient storage and are improving their storage and meta-data garbage collection accordingly.

Earlier this year Howard, Andy and I were all at a NetApp SolidFire Analyst event in Boulder. At that time, SolidFire said that they had implemented VVOLs so well they considered “VVOLs done right”.  I asked Andy what was different with SolidFire’s VVOL implementation. One thing they did was completely separate the Protocol endpoints from the storage side. Another was to provide QoS at the VM level that could be applied to a single or 1000s of VMs

Andy also said that SolidFire had implemented a bunch of scripts to automate VVOL policy changes across 1000s of objects. SolidFire wanted to make use of these scripts for their own VVOL implementation but as they could apply to any vendors implementation of VVOLs, they decided to open source them.

The podcast runs over 42 minutes and covers a broad discussion of the VMware ecosystem, the goings on at VMworld and SolidFire’s VVOL implementation. Listen to the podcast to learn more.

Andy is currently a Storage Janitor acting as a Principal Virtualization Architect at NetApp SolidFire, focusing on VMware integration and Virtual Volumes.  Andy was a part of the Virtual Volumes development team at SoldiFire.

Prior to SolidFire, he was the iSCSI Tech Lead at VMware, as well as being on the engineering teams at DataGravity and Sun Microsystems.

Andy has presented at numerous VMworlds, as well as several VMUGs and other industry conferences. Outside of work, and enjoys racing cars, hiking and wines. Find him on twitter at @andybanta.