In this episode, we talk with Donna Dillenberger (@DonnaExplorer), IBM Fellow on IBM’s work with blockchain technology. Ray was at IBM Edge Conference last month where Donna and others presented on what BlockChain technology could do for financial services and asset provenance. Ray wrote a post on Blockchains at IBM after the conference.

What does blockchain have to do with storage? Probably not that much, but as it’s an up and coming technology with great prospects, the GreyBeards thought it worthwhile to find out more.

Blockchain is essentially a software protocol to establish trust where there is none. At another level, it is a programatic way to maintain a shared ledger of information, without compromise.

The funny thing about ledgers and record keeping in general, is that they are everywhere. From, the first record of written language, to double entry accounting, to todays keeping track of financial transactions, ledgers do it all.

What’s so special about blockchain ledgers is that they can be maintained correctly and consistently even with entities/persons/servers that are trying to cheat the system.

Generalizing the problem, when there are a number of independent entities, how does one determine consensus such that no one entity can cheat the system. CS calls this a Byzantine Fault Tolerance (BFT) algorithm.

With Bitcoin blockchain (Donna calls this blockchain V1.0), consensus is achieved by “Proof of work“, a computational problem difficult to produce but easy to verify.

Currently, Hyperledger support a BFT algorithm, which says that 2/3rds +1 of the nodes must agree on a hash (digitally signed current transaction data and historical info) value to reach consensus.

It turns out that Hyperledger blockchains use a key-value store to record transactions history and other metadata, which is RocksDB.

At IBM Edge, Donna discussed an IBM supply chain blockchain where suppliers and consumers record sending, receipt and other movement of parts around IBM’s world wide supply chain. It uses a Hyperledger blockchain.

The  Everledger blockchain is being used to supply diamond provenance/pedigree validation. Each diamond is encoded with a digital barcode as it’s mined, and as the diamond is processed, cut and sent to wholesalers/retailers with each of those transactions maintained in the blockchain. One can easily validate the origin, clarity, color, carrot and cut of a diamond by examining it’s transaction history on the blockchain.

IBM z/Linux has some unique security characteristics useful for financial services and other  critical organizations/industries. For instance, secure application signing/verification to run, data at rest/in-flight encryption with secured keys and crypto code, and a secure cloud where the hardware is run.

Together these software, hardware and data centers have a FIPS 140-2 level 4 certification.

The podcast runs long, over 50 minutes and introduces blockchain technology, where it can be used, and what IBM is doing with it. Howard and I could have talked with Donna for hours on the topic but we had to stop sometime. . Listen to the podcast to learn more. 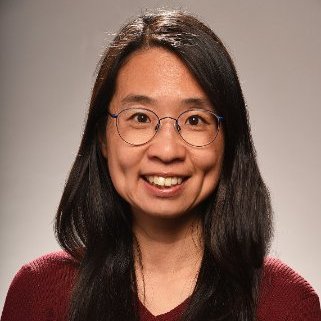 Donna Dillenberger is an IBM Fellow at IBM’s Watson Research Center.   She has redesigned many enterprise applications for greater scalability and availability.  She has worked on analytic models for financial, insurance, retail and healthcare industries.

In 2005, she became IBM’s Chief Technology Officer of IT Optimization.   In 2006, she became an Adjunct Professor at Columbia University’s Graduate School of Engineering. She is a Master Inventor and is currently working on cognitive analytics and blockchain.