For this episode the GreyBeards talked with another old friend, Scott Shadley, VP Marketing, NGD Systems. As we discussed on our FMS18 wrap up show with Jim Handy, computational storage had sort of a coming out party at the show.

NGD systems started in 2013 and have  been working towards a solution that goes general availability at the end of this year. Their computational storage SSD supplies general purpose processing power sitting inside an SSD. NGD shipped their first prototypes in 2016, shipped FPGA version of their smart SSD in 2017 and already have their field upgradable, ASIC prototypes in customer hands.

NGD’s smart SSDs have a 4-core ARM processor and  run an Ubuntu Distro on 3 of them.  Essentially, anything that could be run on Ubuntu Linux, including Docker containers and Kubernetes could be run on their smart SSDs.

NGD sells standard (storage only) SSDs as well as their smart SSDs. The smart hardware is shipped with all of their SSDs, but is only enabled after customer’s purchase a software license key. They currently offer their smart SSD solutions in  America and Europe, with APAC coming later.

They offer smart SSDs in both a 2.5” and M.2 form factor. NGD Systemss are following the flash technology road map and currently offer a 16TB SSD in 2.5” FF.

How applications work on smart SSDs

They offer an open-source, SDK which creates a TCP/IP tunnel across the  NVMe bus that attaches their smart SSD. This allows the host and the SSD server to communicate and send (RPC) work back and forth between them.

A normal smart SSD work flow could be

I assume somewhere before #2 above, you load application software onto the device.

All the work to be done on smart SSDs could be the same for the attached SSD and the work could easily be distributed across all attached smart SSDs attached and the host processor. For example, for image processing, a host processor would write images to be processed across all the SSDs and have each perform image recognition and append tags (or other results info) metadata onto the image and then respond back to the host. Or for media transcoding, video streams could be written to a smart SSD and have it perform transcoding completely outboard.

One target market for NGD’s computational storage SSDs is hyper scalars. At FMS18, Microsoft Research published a report on running FAISS software on NGD Smart SSDs that led to a significant speedup. Scott also brought up one company they’re working with that was testing  to find out just how many 4K video  streams can be processed on a gaggle of smart SSDs. There was also talk of three letter (gov’t) organizations interested in smart SSDs to encrypt data and perform other outboard processing of (intelligence) data.

Highly distributed applications and data reminds me of a lot of HPC customers I  know. But bandwidth is also a major concern for HPC.  NVMe is fast, but there’s a limit to how many SSDs can be attached to a server.

However, with NVMeoF, NGD Systems could support a lot more “attached”  smart SSDs. Imagine a scoop of smart SSDs, all attached to a slurp of servers,  performing data intensive applications on their processing elements in a widely distributed fashion. Sounds like HPC to me.

The podcast runs ~39 minutes. Scott’s great to talk with and is very knowledgeable about the Flash/SSD industry and NGD Systems. His talk on their computational storage was mind expanding. Listen to the podcast to learn more. 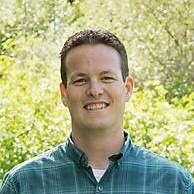 Scott Shadley, Storage Technologist and VP of Marketing at NGD Systems, has more than 20 years of experience with Storage and Semiconductor technology. Working at STEC he was part of the team that enabled and created the world’s first Enterprise SSDs.

He spent 17 years at Micron, most recently leading the SATA SSD product line with record-breaking revenue and growth for the company. He is active on social media, a lover of all things High Tech, enjoys educating and sharing and a self-proclaimed geek around mobile technologies.