In our 30th episode, we talk with 3rd time guest star,  Marc Farley (@GoFarley), Formerly with Datera and Tegile. Marc has recently gone on sabbatical and we wanted to talk to him about what was keeping him busy and what was going on in storage/IT industry these days.

Marc is currently curating a car comedy vlog called theridecast.com. Apparently people, at least in California, are making comedy videos in their cars. They can be quite hilarious, checkout this episode of comedian in cars getting coffee.

While in the storage biz, the industry is getting battered by a number of trends: IT shrinking budgets, vendor proliferation, migration to cloud, and flash becoming old hat. Marc makes multiple points as to why the storage market is undergoing such a major transition these days:

As for IT in general, one limiter of IT activity will become the lack of skilled engineers, specifically full-stack engineers and data scientists.

We ended our discussions on the economics of Samsung 3D NAND and Intel-Micron (IM) 3D Xpoint non-volatile memories. Both new semiconductor technologies are always long term investments. Today, Samsung is probably losing money on each 3D TLC NAND SSD it sells, but over time, as  fab yields improve, it should become cheap enough to make a profit. Similarly, 3D Xpoint may be costly to produce early on, but as IM perfect  their fab processes, the technology should become inexpensive enough to make oodles of $s for them. And there’s more technology changes to come.

The podcast runs just over 40 minutes and covers a lot of ground. Marc’s been in the IT almost as long as the GreyBeards and has a unique perspective on what’s happening today, having been with so many diverse, major and (minor) startup vendors throughout his tenure in the industry.  Listen to the podcast to learn more. 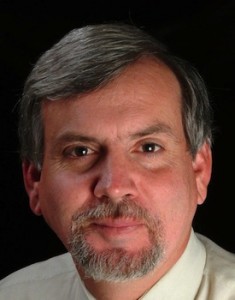 Marc is a storage greybeard who has worked for many storage companies and is currently on sabbatical. He has written three books on storage including his most recent, Rethinking Enterprise Storage: A Hybrid Cloud Model and his previous books Building Storage Networks and Storage Networking Fundamentals.

In addition to his writing books he has been a blogger and podcaster about storage topics while working for EqualLogic, Dell, 3PAR, HP, StorSimple,  Microsoft, and others.

2 Replies to “Greybeards talk car videos, storage and IT trends with Marc Farley”