In our 29th episode, we talk with John Spiers (@lefthandsan), Co-founder & CEO of NexGen Storage and Ron Nash (@hronaldnash), Chairman & CEO of Pivot3, a hyper converged infrastructure provider.  We have talked with John before (see last June’s podcast episode) about NexGen Storage technology. Recently, Pivot3 announced they were going to acquire NexGen Storage and Howard and I wanted to talk about to them what brought the two together.

We have discussed hyper converged solutions before (see ScaleComputing and Gridstore podcasts) dating all the way to the first GreyBeardsOnStorage podcast with Nutanix but this is the first time we have talked with Pivot3 and Ron Nash. As discussed in those podcasts hyper converged infrastructure (HCI) brings together compute, storage and sometimes networking under one overarching infrastructure framework and delivers all this as a single solution that customers can then tailor to their own needs. In a typical HCI solution, storage is software defined, compute is under the control of a hypervisor and can include software defined networking.

Sometime last fall both John and Ron were considering additional funding opportunities with their VC’s, when one of them, Brian Smith of S3 Ventures, suggested they look at combining their two operations into one company.

It seemed that John was looking to expand their sales and marketing team to take NexGen Storage to the next level while Ron was looking for some additional differentiation in storage technology that could take their solution beyond where they were today. It seemed to Mr. Smith that each of them had just what the other one was looking for.

Pivot3 has been around since 2002 and has sale teams around the world with an extensive marketing team. Pivot3 uses Zen and now mostly VMware for their hypervisor environments and typically run on whitebox servers with storage bridge bay boxes running software defined storage. Pivot3 had already implemented scaleable erasure coding which is something NexGen Storage was also looking at.

Pivot3 and the rest of the HC solutions market space seems split into two. That is there is a good market at the low end, where small companies, remote offices, small workgroups, etc. are looking for an easy to deploy, full IT stack solution. And at the high end, large web properties and other IT behemoths  also need an easy to deploy, readily automated solution, that can scale to whatever size they require.

Both Pivot3 and NexGen Storage work well in VDI deployments but NexGen was mostly deployed in currently running VDI environments, whereas Pivot3 primarily went into brand new deployments, that could take advantage of HCI solutions.

In the podcast we discuss some of these large organizations such as Google, Facebook, Etrades and others and what they are looking for in an IT infrastructure. We also discuss some of the technology trends that are impacting both HCI and storage infrastructure. It turns out NexGen’s extensive QoS capabilities are what can make HCI deployments work even better than they do today.

In the past couple of days, the technology teams of the two companies have been hot and heavy, examining possible synergies and discussing how to reconcile their respective roadmaps. John and Ron were sitting in the back during these discussions throwing out ideas which the technical teams ran with as far as they could.

The podcast runs just over 41 minutes and episode covers a lot of ground about both of their products market spaces, technology, and business dynamics and especially, on how they see the two solutions complementing each other. Apparently the acquisition is on a fast path to close soon. Listen to the podcast to learn more. 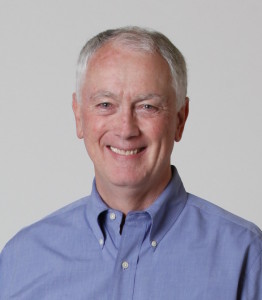 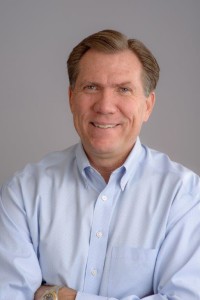 John is a serial entrepreneur based in Boulder, CO. John has been pioneering breakthrough data storage innovations for over 30 years. He co-founded venture-backed LeftHand Networks, a market leader in virtualized, scale-out data storage, and served as LeftHand’s Chief Technology Officer. In 2010 John co-founded NexGen Storage. John supports local entrepreneurs, serving on the boards of local technology startups and as an advisor for the Blackstone Entrepreneurs Network. John is a graduate from Colorado State University with a degree in Engineering.