In this podcast we discuss Nexgen’s hybrid storage with John Spiers, Founder & CEO and Kelly Long, Founder & CTO of Nexgen Storage. Both John and Kelly have had a long and interesting career across multiple companies ranging from startups to major industry organizations, so they bring a unique perspective to what’s happening in the storage industry today.

Nexgen Storage has an unusual history itself, having been acquired by FusionIO, then SanDisk acquired FusionIO and then SanDisk spun out Nexgen Storage as an independent company again. There were good reasons for each of these changes and John goes into some detail in the podcast on these transitions.

Some of Nexgen Storage’s competitive advantages are from a few decisions, made early on in the development of the product. Specically, the use of PCIe Flash storage as a separate storage tier and their vision of the need for highly granular Quality of Service (QoS) functionality.

It turns out that Nexgen Storage was an early adopter of FusionIO’s PCIe flash cards and continues to use SanDisk solutions in their hybrid storage today. John and Kelly discuss some of  their considerations behind using PCIe Flash vs. SSDs in the podcast.

John and Kelly also talk about why QoS is so important to today’s storage systems and and how Nexgen’s QoS differs from the rest of the competition. Some of the data Nexgen gathers about IO and other system activity is pretty impressive and as it turns out, is absolutely essential to providing the level QoS that Nexgen supplies.

Another item discussed on the podcast is Nexgen’s data reduction capabilities which they refer to as “simple dedupe”. It’s not quite dedupe, but it does have some interesting characteristics we haven’t seen in other storage systems.

Finally, at the end of the podcast, there’s some discussion on the hardware innovation coming out around the PCIe bus and what this might mean to future storage systems.

This months editionruns just under 44 minutes and doesn’t get as technical as some of our previous sessions. We even discuss goto market strategies at prior companies and channel changes that transpired during the FusionIO and SanDisk acquisitions.  We hope you enjoy the podcast. 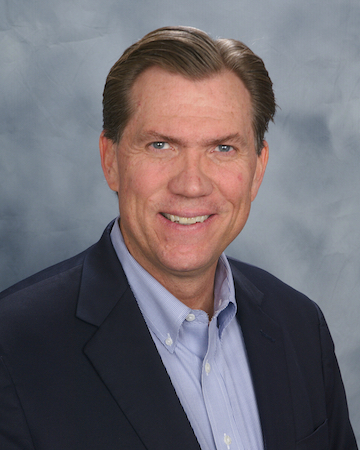 John is a serial entrepreneur based in Boulder, CO. John has been pioneering breakthrough data storage innovations for over 30 Years. He co-founded venture-backed LeftHand Newtorks, a market leader in virtualized, scale-out data storage, and served as LeftHand’s Chief Technology Officer. In 2010 John co-founded NexGen Storage. John supports local entrepreneurs, serving on the boards of local technology startups and as an advisor for the Blackstone Entrepreneurs Network. John is a graduate from Colorado State University with a degree in Engineering.

Kelly has been innovating in the storage industry for over 20 years. An expert in architecting and developing storage software, Kelly has contributed to the advancement of a wide range of technologies such as hard drives, high currency multi-thread/multi-processor/multi-computer computing and clustered storage systems. He holds multiple patents, and has worked at leading companies, including Maxtor, StorageTek, LeftHand Networks, Copan, Dot Hill, Crosswalk, MySQL and Sun. He was a co-founder and chief software architect at LeftHand Networks. Kelly has a BS in Electrical and Computer Engineering from the University of Colorado at Boulder.