In this podcast we discuss some of the more interesting storage announcements to come out of EMCWorld2015 last week with Chad Sakac, (@sakacc on twitter and VirtualGeek blogger) President, EMC Global Systems Engineering. Chad’s was up on the “big stage” at EMCWorld helping to introduce much of the news we found thought provoking.

Chad said he was growing out his greybeard for the podcast, but we had to shut off the video to record the talk. But from the picture below, there’s no doubt he has a beard growing.

EMCWorld2015 in Las Vegas had over 14,000 participants and is EMC’s premier customer event. As such, there are always a lot of interesting news revealed at the show. This years event was no exception. I listed about a dozen topics to discuss with Chad but had to cut it down to just four major areas to fit into a reasonable time.

Chad at his VirtualGeek blog discussed many of these topics at length, across multiple posts and Ray reviewed some EMCWorld2015 news over two posts on his RayOnStorage blog as well.

I would have to say the DSSD drew the most interest from the analyst community but the new VxRack and the Emerging Technology Division’s move to open sourcing ViPR Controller caught many of us by surprise.

Just about at the end of the call Ray’s Internet service dropped out so Howard and Chad were kind enough to end the session by themselves. Thanks to my co-host for picking up the ball, after I fell off and my apologies for going missing at the end.

This months episode runs long, just under an hour and that’s after we cut about 5 minutes of discussion on the problems in open sourcing proprietary products. Chad can talk for hours on this stuff and pretty much at any level of technical detail we could possibly want. Probably need to invite him back someday to discuss more.

Sorry this podcast is so late but we had to wait for EMCWorld2015 to be over. Hopefully, next month we will be back on schedule.

We hope you enjoy the podcast. 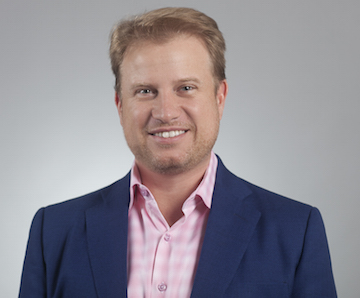 Chad Sakac leads EMC’s technology, architecture and strategy team across the world. He is a global thought leader and evangelist, with a background and skill set in IT strategy, innovation, disruption and organizational change.  He is intimately involved in driving EMC’s technology roadmap, acquisition strategy and R&D direction.

As a leading mind in IT, Chad is the author of one of the top 20 virtualization blogs “VirtualGeek”.  He holds Electrical Engineering and Computer Science degrees from the University Of Western Ontario, Canada.