In this episode, we talk with Ash Ashutosh (@ashashutosh), CEO of Actifio a copy data virtualization company. Howard met up with Ash at TechFieldDay11 (TFD11) a couple of weeks back and wanted another chance to talk with him.  Ash seems to have been around forever, the first time we met I was at a former employer and he was with AppIQ (later purchased by HP).  Actifio is populated by a number of industry veterans and since being founded in 2009 is doing really well, with over 1000 customers.

So what’s copy data virtualization (management) anyway?  At my former employer, we did an industry study that determined that IT shops (back in the 90’s) were making 9-13 copies of their data. These days,  IT is making, even more, copies of the exact same data.

Engineers use snapshots for development, QA and validation. Analysts use data copies to better understand what’s going on in their customer-partner interactions, manufacturing activities, industry trends, etc. Finance, marketing , legal, etc. all have similar needs which just makes the number of data copies grow out of sight. And we haven’t even started to discuss backup.

Ash says things reached a tipping point when server virtualization become the dominant approach to running applications, which led to an ever increasing need for data copies as app’s started being developed and run all over the place. Then came along data deduplication which displaced tape in IT’s backup process, so that backup data (copies) now could reside on disk.  Finally, with the advent of disk deduplication, backups no longer had to be in TAR (backup) formats but could now be left in-app native formats. In native formats, any app/developer/analyst could access the backup data copy.

So what is Actifio? It’s essentially a massively distributed object storage with a global name space, file system on top of it. Application hosts/servers run agents in their environments (VMware, SQL Server, Oracle, etc.) to provide change block tracking and other metadata as to what’s going on with the primary data to be backed up. So when a backup is requested, only changed blocks have to be transferred to Actifio and deduped. From that deduplicated change block backup, a full copy can be synthesized, in native format, for any and all purposes.

With change block tracking, backups become very efficient and deduplication only has to work on changed data so that also becomes more effective. Data copying can also be done more effectively since their only tracking deduplicated data. If necessary, changed blocks can also be applied to data copies to bring them up to date and current.

With Actifio, one can apply SLA’s to copy data. These SLA’s can take the form of data governance, such that some copies can’t be viewed outside the country, or by certain users. And they can also provide analytics on data copies. Both of these capabilities take copy data to whole new level.

We didn’t get into all Actifio’s offerings on the podcast but Actifio CDS is as a high availability appliance which runs their  object/file system and contains data storage. Actifio also comes in a virtual appliance as Actifio SKY, which runs as a VM under VMware, using anyone’s storage.  Actifio supports NFS, SMB/CIFS, FC, and iSCSI access to data copies, depending on the solution chosen. There’s a lot more information on their website.

It sounds a little bit like PrimaryData but focused on data copies rather than data migration and mostly tier 2 data access.

The podcast runs ~46 minutes and  covers a lot of ground. I spent most of the time asking Ash to explain Actifio (for Howard, TFD11 filled this in). Howard had some technical difficulties during the call which caused him to go offline but then came back on the call. Ash and I never missed him :), listen to the podcast to learn more. 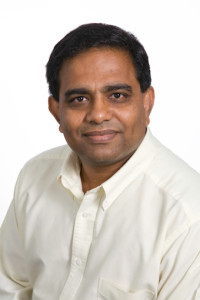 Ash Ashutosh brings more than 25 years of storage industry and entrepreneurship experience to his role of CEO at Actifio. Ashutosh is a recognized leader and architect in the storage industry where he has spearheaded several major industry initiatives, including iSCSI and storage virtualization, and led the authoring of numerous storage industry standards. Ashutosh was most recently a Partner with Greylock Partners where he focused on making investments in enterprise IT companies. Prior to Greylock, he was Vice President and Chief Technologist for HP Storage.

Ashutosh founded and led AppIQ, a market leader of Storage Resource Management (SRM) solutions, which was acquired by HP in 2005. He was also the founder of Serano Systems, a Fibre Channel controller solutions provider, acquired by Vitesse Semiconductor in 1999. Prior to Serano, Ashutosh was Senior Vice President at StorageNetworks, the industry’s first Storage Service Provider. He previously worked as an architect and engineer at LSI and Intergraph.