In Episode 59,  we talk with Marc Farley, Senior Product Manager at HPE discussing trends in the storage industry today. Marc been on our show before (GreyBeards talk Cloud Storage…, GreyBeards video discussing file analytics, Greybeards talk cars, storage and IT…) and has been a longtime friend and associate of both Howard and I.

Marc’s been at HPE for a while now but couldn’t discuss publicly what he is working on, so we spent time discussing industry trends rather than HPE products.

We discussed the public cloud and its impact on enterprise IT. Although the cloud has been arguable alive and well for almost a decade now, its impact is still being felt today and for the foreseeable future

We next discussed AI and data storage. HPE’s acquisition of Nimble brought InfoSight into their product family, which was arguably one of the first to use big data analytics to improve field support and ongoing operations.

Howard mentioned that a logical next step is to apply AI to storage performance. Using AI to fingerprint application workloads and thereby help determine when that app’s data was needed in cache. We also mentioned that AI could be better used to help workload optimization/orchestration, in almost real time, rather than after the fact.

We talked about containerization as the next big thing. Howard and Marc said sometimes it’s less risky to just keep chugging away with what IT has always done rather than risking a move to a new paradigm/platform AKA containers. As further evidence, Marc had seen a survey (by an unnamed research firm) of customers pre-purchase expectations for new storage and what they actually used it for post-purchase. Pre-purchase, customers expected to use storage for server virtualization but post-purchase, a majority used it for more traditional, non-virtualized applications.

We returned to a perennial theme, when will SSDs supplant disk. Howard talked about a recent vendors introduction of a dual head disk and which he thought was  overreach. But all agreed the key metric is $/GB and getting the difference between rotating media and SSD $/GB below 10X. Howard believes when it’s more like 4X, then SSDs will kill off disk technology. Although some of us felt disks would never completely go away, witness tape.

The podcast runs ~38 minutes. Marc’s always a gas to talk with and is currently the most frequent guest we have had on our show  (although Jim Handy was tied with him up until now). Its’ great to hear from him again.  Listen to the podcast to learn more. 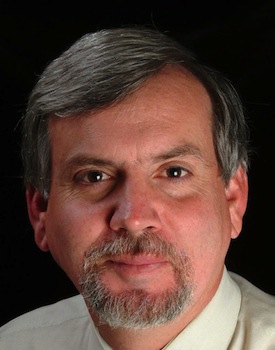 Marc is a storage greybeard who has worked for many storage companies and is currently providing product strategy for HPE. He has written three books on storage including his most recent, Rethinking Enterprise Storage: A Hybrid Cloud Model and his previous books Building Storage Networksand Storage Networking Fundamentals.

In addition to his writing books he has been a blogger and podcaster about storage topics while working for EqualLogic, Dell, 3PAR, HP, StorSimple,  Microsoft, HPE and others.