In this podcast we discuss VMware VVOLs with Satyam Vaghani, Co-Founder and CTO PernixData. In Satyam’s previous job, he was VMware’s Principal Engineer and Storage CTO   and worked extensively on VVOLs and other VMware storage enhancements. He also happens to be the GreyBeards second repeat guest.

With vSphere 6 coming out by the end  of this quarter, it’s a good time to talk about VVOLs and VASA 2.0.

In the podcast, Ray and Howard got a bit wild on the terminology we used to describe how VMware VVOLs work. Satyam wanted to be sure that we at least provided a decoder ring to get us back to proper VMware terminology.

VMware is also releasing VASA 2.0 to provide an easier, more standardized approach to provisioning VVOLs. Together, VVOLs and VASA 2.0 should theoretically greatly reduce the burden on VMware storage administration.

We go into more detail how block storage VVOLs work, the benefits of VVOLs-VASA 2.0, and many other items in our discussions with Satyam.  Listen to the podcast to learn more…

This months episode runs about 45 minutes. 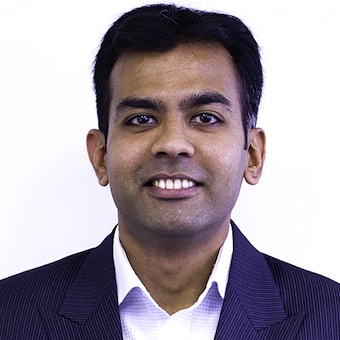 Satyam Vaghani is Co-Founder and CTO at PernixData, a company that leverages server flash to enable scale-out storage performance that is independent of capacity. Earlier, he was VMware’s Principal Engineer and Storage CTO where he spent 10 years delivering fundamental storage innovations in vSphere. He is most known for creating the Virtual Machine File System (VMFS) that set a storage standard for server virtualization. He has authored 50+ patents, led industry-wide changes in storage systems and standards via VAAI, and has been a regular speaker at VMworld and other industry and academic forums. Satyam received his Masters in CS from Stanford and Bachelors in CS from BITS Pilani.