In this episode we talk with Adam Carter (@yoadamcarter), Chief Architect, NetApp Solidfire & HCI (Hyper Converged Infrastructure) solutions. Howard talked with Adam at TFD16 and I have known Adam since before the acquisition. Adam did a tour de force session on HCI architectures at TFD16 and we would encourage you to view the video’s of his session.

This is the third time NetApp has been on our show (see our podcast with Lee Caswell and Dave Wright and our podcast with Andy Banta) but this is the first sponsored podcast from NetApp. Adam has been Chief Architect for Solidfire for as long as I have known him.

NetApp’s HCI solution is built around a 2U 4-server configuration where 3 of the nodes are actual denser, new SolidFire storage nodes and the 4th node is a VMware ESXi host. That is they have a real, fully functional SolidFile AFA SAN storage system built directly into their HCI solution.

There’s probably a case to be made that this isn’t technically a HCI system from an industry perspective and looks more like a well architected, CI  (converged infrastructure) solution. However, they do support VMs running on their system, its all packaged together as one complete system, and they offer end-to-end (one throat to choke) support, over the complete system.

In addition, they spent a lot of effort improving SolidFire’s, already great VMware software integration to offer a full management stack that fully supports both the vSphere environment and the  embedded SolidFire AFA SAN storage system.

Also, by configuring their system with a real AFA SAN system, new additional ESXi servers can be added to the complex without needing to purchase additional storage software licenses. Further, customers can add bare metal servers to this environment and there’s still plenty of IO performance to go around. On the other hand, if a customer truly needs more storage performance/capacity, they can always add an additional, standalone SolidFire storage node to the cluster.

The podcast runs ~23 minutes. Adam was very easy to talk with and had deep technical knowledge of their new solution, industry HCI solutions and SolidFire storage.  It’s was a great pleasure for Howard and I to talk with him again. Listen to the podcast to learn more. 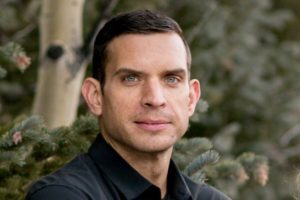 Adam Carter is the Chief Product Architect for SolidFire and HCI at NetApp. Adam is an expert in next generation data center infrastructure and storage virtualization.

In our 30th episode, we talk with Dave Wright (@JungleDave), SolidFire founder, VP & GM SolidFire of NetApp and Lee Casswell (@LeeCaswell), VP Products, Solution & Services Marketing NetApp. Dave’s been on before as CEO of SolidFire back in May of 2014, but this is the first time for Lee. Dave’s also been a prominent guest at Storage Field Day, most recently at SFD9 with Dave Hitz from NetApp. Unclear how Lee managed to avoid TFD/SFD duty but it’s only a matter of time.

Solidfire was recently acquired by NetApp in their largest acquisition ever, signaling a new direction for them (acquisition closed 2 Feb. 2016). Since we had spent a prior podcast on another recent storage acquisition, we thought it only appropriate to talk with these two as well. We started the discussion with Dave and how it feels to be within the NetApp umbrella.

Another topic that came up was how flash gets used in the cloud. Old school had it that flash was just high IO performance but nowadays, next gen application development has a range of IO requirements which all need consistent performance to data. Flash with scale out and QoS can handle this wide range of requirements across cloud applications. Lee mentioned how flash adoption is changing from application specific to more general purpose storage which is removing the “IO bottleneck”.

Google had written a study saying that for the next decade there will not be a flash-disk crossover but the differences are small enough that you almost have to be hyper-scale customers to see significant economic advantages.

We discussed the lack of lot’s of AFA’s doing well on throughput intensive benchmarks. Dave mentioned that throughput was one of disk’s better performing modes and in the past, storage interfaces 3Gbps-6Gbps hid a lot of flash performance. But benchmarks of synthesized pure workloads aren’t real world, workloads in real data centers are much messier.

IO density (IOPS/GB) came up as another discussion topic.  At low IO density, disk may still make sense but as IO density increases, all flash makes much more sense.

Google also mentioned the importance of tail-end IO latency (IO latency at 99.9%). Poor tail IO latency has been an ongoing problem holding back the adoption of hybrid storage. All flash has same advantages here but are not all AFAs are immune to the problems in tail-end latency.

The podcast runs just over 39 minutes and episode covers a lot of ground about their products, flash technology advantages, and market dynamics.  Listen to the podcast to learn more. 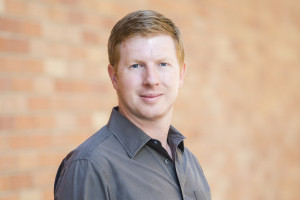 Dave Wright left Stanford in 1998 to help start GameSpy Industries, a leader in online video game media, technology, and software. While at GameSpy, Dave led the team that created a backend infrastructure powering thousands of games and millions of gamers. GameSpy merged with IGN Entertainment in 2004 to create one of the largest Internet gaming & entertainment media companies. Dave served as Chief Architect for IGN and led technology integration with FIM / MySpace after IGN was acquired by NewsCorp in 2005.

In 2007 Dave founded Jungle Disk, a pioneer and early leader in cloud-based storage and backup solutions for consumers and businesses. Jungle Disk was acquired by leading cloud provider Rackspace in 2008 and Dave worked closely with the Rackspace Cloud division to build a cloud platform supporting tens of thousands of customers. In December 2009 Dave left Rackspace to start SolidFire. 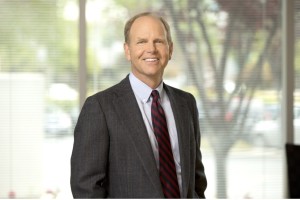 Lee Caswell is vice president of Product, Solutions and Services Marketing at NetApp, where he leads a team that speeds the customer adoption of new products, partnerships, and integrations. Lee joined NetApp in 2014 and has extensive experience in executive leadership within the storage, flash and virtualization markets.

Lee was previously vice president of Marketing at Fusion-IO (now SanDisk). Prior to Fusion-IO Lee was a founding member of Pivot3, a company considered to be an early innovator in hyper-converged systems, where he served as the CEO and CMO. Earlier in his career, Lee held marketing leadership positions at VMware, Adaptec, and SEEQ Technology (now LSI Logic). He started his career at General Electric in Corporate Consulting.

Disclaimer: NetApp and SolidFire have been clients of DeepStorageNet and NetApp is a current client of Silverton Consulting.

In our annual yearend podcast and it’s the Ray and Howard show, talking about storage futures, industry trends and some storage world excitement of- the past year.

We start the discussion deconstructing recent reductions in year over year revenues at major storage vendors. It seems with the advent of all flash arrays (AFA), and all major vendors and most startups now have AFAs, customers no longer feel the need to refresh old storage hardware with similarly (over-)configured new systems. Instead, most can get by with AFA storage, at smaller capacities that provides the same, if not better, performance. Further9, the fact that AFAs are available from so many vendors and startups, customers no longer have to buy performance storage exclusively from major vendors anymore. This is leading to a decline in major vendor storage revenues, which should play itself out over the next 1-2 years as most enterprise storage systems are refreshed.

Recent and future acquisitions also came up for discussion. NetApp’s purchase of SolidFire was a surprise, but SolidFire had carved out a good business with service providers and web-scale customers which should broaden NetApp’s portfolio. In the mean time, the Dell-EMC acquisition takes them out of the competition for new technology acquisitions, at least until it closes. NetApp’s new CEO, George Kurian, appears more willing than his predecessor to go after good storage technology, wherever it comes from.

Nonetheless, hardware still has some excitement left. Intel’s recent acquisition of Altera, now makes Xeon/x86 processing available for embedded applications that previously had to rely on ARM and MIPS processing. Now, there’s nothing an FPGA hardware based system can’t do. Look for lot’s more activity here over the long term.

We talked about recent SMR disks coming out and how they could be used in storage systems today.  There was some adjacent discussion on the flash-disk crossover, and conclude it’s unlikely over the next 3-5 years, at least for capacity drives. Although there’s plenty of analyst that say it’s already happened, on a pure $/GB there’s still no comparison.

We then turned to  3D TLC NAND and the  reliability capabilities available from current controlller technologies. Raw planar NAND available today is much less reliable than what we had 1-2 generations back, but the drives, if anything, have gotten more reliable. This is due to the reliability technology inherent in todays SSD controllers.

We had an aside, on SSD overprovisioning and how this should become a customer level option.  Reducing overprovisioning would decrease drive endurance but it’s a tradeoff that the vendors/distributors make for customers today. We feel that at least for some customers, they could make this decision just as well. Especially if drive replacements were a customer maintenance activity with replacement SSDs shipped in a just-in-time manner.

We conclude on 3D XPoint (3DX) non-volatile memory. We both agreed 3DX adoption depends on pricing which will change over time. In the long term, we see the potential for a new storage system with 3DX or other new non-volatile memory as a top performing storage/caching/non-volatile memory tier, 3D TLC NAND as a middle tier and SMR disk as the bottom tier. When is another question.

Our year end discussion always wanders a bit, from high end business trends to in the weeds technologies and everything in-between. This one is no exception and runs over 49 minutes. We tried to do another Year End video this time but neither of our video recording systems worked out, but we had a good audio recording, so we went with the podcast this year. Next year should be back to video.  Listen to the podcast to learn more.

Ray Lucchesi is the President and Founder of Silverton Consulting, a prominent blogger at RayOnStorage.com, and can be found on twitter @RayLucchesi.