In this episode we talk with Brian Biles, CEO and Co-founder of Datrium. We last talked with Brian and Datrium in May of 2016 and at that time we called it deconstructed storage. These days, Datrium offers a converged infrastructure (C/I) solution, which they call “open convergence”.

Datrium’s C/I  solution stores persistent data off server onto data nodes and uses onboard flash for a local, host read-write IO cache. They also use host CPU resources to perform some other services such as compression, local deduplication and data services.

In contrast to hyper converged infrastructure solutions available on the market today, customer data is never split across host nodes. That is data residing on a host have only been created and accessed by that host.

Datrium uses on host SSD storage/flash as a fast access layer for data accessed by the host. As data is (re-)written, it’s compressed and locally deduplicated before being persisted (written) down to a data node.

A data node is a relatively light weight dual controller/HA storage solution with 12 high capacity disk drives. Data node storage is global to all hosts running Datrium storage services in the cluster. Besides acting as a permanent repository for data written by the cluster of hosts, it also performs global deduplication of data across all hosts.

The nice thing about their approach to CI is it’s easily scaleable — if you need more IO performance just add more hosts or more SSDs/flash to servers already connected in the cluster. And if a host fails it doesn’t impact cluster IO or data access for any other host.

Datrium originally came out supporting VMware virtualization and acts as an NFS datastore for VMDKs.

KVM offered an opportunity to grow the user base and support Redhat enterprise accounts  Redhat is a popular software development environment in non-traditional data centers. Also, much of the public cloud is KVM based, which provides a great way to someday support Datrium storage services in public cloud environments.

One challenge with Docker support is that there are just a whole lot more Docker volumes then VMDKs in vSphere. So Datrium added sophisticated volume directory search capabilities and naming convention options for storage policy management. Customers can define a naming convention for application/container volumes and use these to define group storage policies, which will then apply to any volume that matches the naming convention. This is a lot easier than having to do policy management at a volume level with 100s, 1000s to 10,000s distinct volume IDs.

Docker is being used today to develop most cloud based applications. And many development organizations have adopted Docker containers for their development and application deployment environments. Many shops do development under Docker and production on vSphere. So now these shops can use Datrium to access development as well as production data.

More recently, Datrium also scaled the number of data nodes available in a cluster. Previously you could only have one data node using 12 drives or about 29TB raw storage of protected capacity which when deduped and compressed gave you an effective capacity of ~100TB. But with this latest release, Datrium now supports up to 10 data nodes in a cluster for a total of 1PB of effective capacity for your storage needs.

The podcast runs ~25 minutes. Brian is very knowledgeable about the storage industry, has been successful at many other data storage companies and is always a great guest to have on our show. Listen to the podcast to learn more. 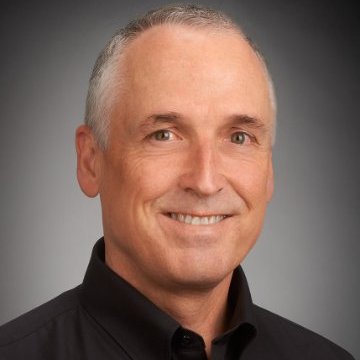